Mallard in the workshop and more

Updates on Mallard's journey to Shildon and a trip on the North York Moors Railway.

A quick canter round the week’s events. Mallard moved into the workshop in readiness for her holiday in Shildon, Richard Pearson and the Shildon team preparing the engine by examining all axlebox underkeeps, pads etc and removing the connecting rods. 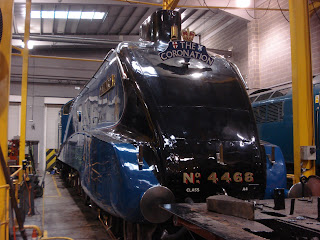 In the Great Hall, “Mallard” and the dynamometer car’s place has been taken by “Gladstone” and the class 31 until another shunt later in the month brings the SECR D class 737 and Pullman “Topaz” into that position. 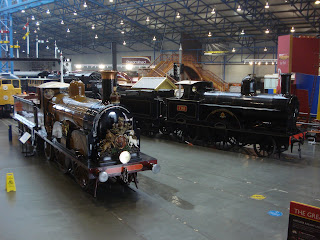 Here are an an example of a worn out pad from Mallard with a new one in the foreground ready for fitting. Most of the A4’s ones needed replacement, and I had to fetch two pads for the Cartazzi truck from Grosmont and the A4 Society later this last week. 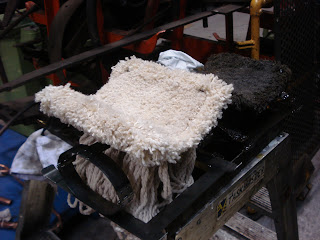 Later afternoon, and the coupling rods on the left side have been removed for cleaning and examination and were then refitted. 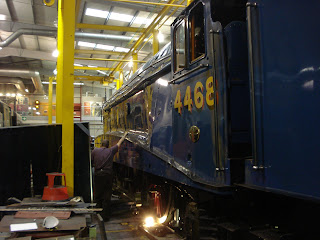 The Shildon team with the aid of two lifting trolleys refit the rods. This could be an entry for a caption competition… 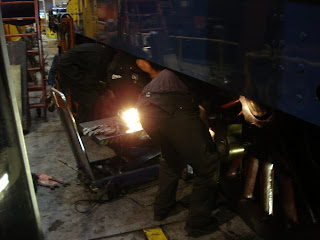 The rods back on, the team is ready for a wash, a quick cuppa and the trip home. 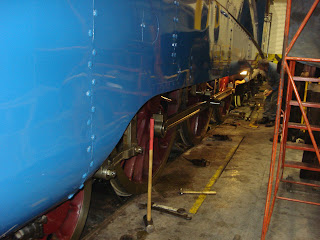 Thursday saw a Management planning day in the GWR inspection saloon on the NYMR, undertaking two full line return trips to allow full time for discussion and debate. A shed tour during the run round had been arranged, and we were lucky enough to see Black 5 45428 passing classmate 44871 at Grosmont during the morning. 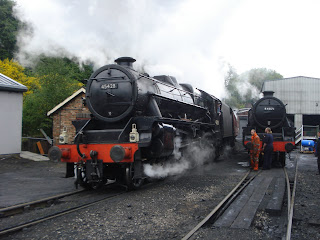 At New Bridge yard, I was pleased to see our NER Stores Van had been safely unloaded and awaiting the short trip to Pickering carriage & wagon shops where it will have roof repairs and bodywork before going on display at Pickering station. 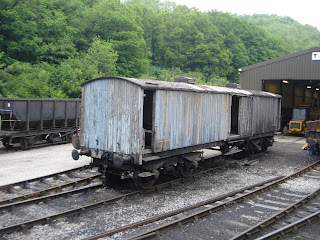 A major project for the NYMR has been the replacement of Bridge 30 over the winter. Here, 30926 “Repton” forges uphill towards the new bridge, with NRM Director Steve Davies enjoying a cab ride. 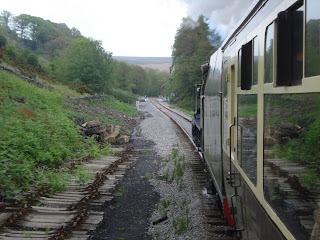 The sun came out in the end as we arrived from our final trip at Pickering, with the Schools class loco and inspection saloon on the end of the service train awaiting to work back to the carriage sidings before the loco went to New Bridge for stabling overnight. A very productive day, despite the appearances of us having played trains all the time! 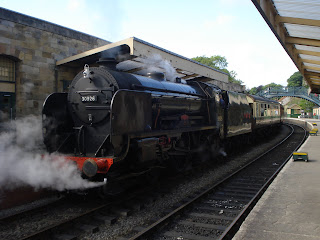